One day fourteen years ago, I received a fateful call from my best friend. He’d just come from a meeting of a San Francisco group called Gay Future Dads. He’d been brought there by his partner at the time, who was interested in becoming a dad.

“Girl!” my friend exclaimed—he called all his gay friends girl. “Girl, you’ve got to get yourself to the next meeting of this group because this is where you’ll meet your next partner. These guys who want to be dads are the most eligible bachelors you’ll find. They’re financially stable and emotionally stable.”

Following my friend’s advice, I attended the next meeting. While I didn’t meet Mr. Right, I did have an interesting conversation with a man who was already a dad, having adopted a mixed race girl seven years before. Listening to him, I had the experience writers live for, that of a story lightbulb going off in my mind:

A single gay guy has a teenage daughter who decides Dad isn’t getting off the dime about finding a boyfriend. She takes matters into her own hands by playing cupid…

To tell the whole truth, I have an ambivalent attitude toward those lightbulb moments. Yes, I get an idea, but then I have to nourish it, sometimes over long periods of time and with some challenges along the way. It’s only many years and rewrites later that the idea has finally issued forth into the world as Amy McDougall, Master Matchmaker.

Thirteen-year-old Amy McDougall is worried about Travis, the single gay guy who adopted her when she was a kid. He wants a boyfriend, yet isn’t having any luck finding one himself. Amy decides the solution is for someone else to do the finding. Someone like her! Amy’s first attempts at matchmaking are embarrassing flops, despite advice from her hyper-smart best friend Grace. Soon Amy makes not only a match for Dad, but for other people she knows. Now no one can deny that she’s Amy McDougall, Master Matchmaker. Still, she finds there’s a price to pay for her meddling when all three matches cause problems she hadn’t foreseen. Amy McDougall, Master Matchmaker is a fun and engaging tale that takes a fresh look at important subjects like love and friendship.

“A perfect read that left me with a cozy feeling.” —Dieter Moitzi, Rainbow Book Reviews

“Spunky Amy McDougall will have you chuckling from page to page.” —Margo Kelly, author of WHO R U REALLY?

“With Amy McDougall, Gary Pedler has created a stand-up-and-cheer testament to the resilience and imagination of teenagers. This is an entirely convincing story about a girl who rises from foster child beginnings, and her adventure through misadventure in finding a loving companion for her gay dad.” —J.R. Potter, author of Thomas Creeper and The Gloomsbury Secret

“What a joyously refreshing and delightful look at modern family life! Thirteen-year-old Amy describes herself as blatina, and whenever she is out with her gay adoptive dad, Travis… In Amy’s opinion, there’s only one thing missing from their lives: a partner for Travis. This is a story of friendship, resilience, love, and acceptance and a MUST READ for all those with warm hearts who embrace diversity in our society.” —Janet Graber, author of Malcolm Mouse, Explorer and the Secret Chamber of Gwendoline Riston

Growing up in Napa Valley, Gary Pedler wrote his first story at eight. It involved dinosaurs. After attending UC Santa Cruz, Gary moved to San Francisco, where over the years he mastered the art of writing books that didn’t necessarily involve dinosaurs. These include the travel memoir Couchsurfing: the Musical. Gary is single and has no children, though he did once have a cat he was very fond of.

ALBERT INDEX TOP BLOG IN EDUCATION FOR PARENTS AND COMMUNITY 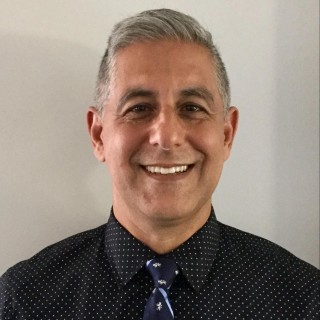 Robert Ward is an enthusiastic educator, author, and champion for children, who is currently enjoying his 27th year teaching English to a wide diversity of students at public middle schools in Los Angeles, CA. His first book for educators, The Firm, Fair, Fascinating Facilitator, and its companion workbook, The Teacher Tune-Up, empower teachers to attend to the needs of the whole child. Robert extends his holistic approach to nurturing children in his third book, A Teacher’s Inside Advice to Parents: How Children Thrive with Leadership, Love, Laughter, and Learning, published by Rowman and Littlefield. Robert’s fourth book, Talented Teachers, Empowered Parents, Successful Students, brings his previous writing full circle as he joins teachers and families as allies in education. In Teaching the Benefit Mindset, that circle is expanded and fortified by an emphasis on moving empathy, inclusion, and altruism to the forefront of education. In Reaching the Whole Child by Teaching Whole-Class Novels, Robert shares his passion and expertise for how the social, emotional, soulful, academic, and altruistic needs of children can be met through the power of reading great books. In addition to his award-winning Rewarding Education blog, Robert’s articles are regularly featured in Edutopia, Education Week, KQED In the Classroom, Smart Brief, ASCD, NCTE, the U.S. Department of Education’s “The Teacher’s Edition” newsletter, and the International Literacy Association. Contact Robert by email at misterward@sbcglobal.net.